The world of the DISVNITVS Trilogy

DISVNITVS takes place in Eastern Kentucky in the fictional coal mining town of Nickelbox in Eastern Kentucky. The “World Building” phase of this novel took almost ten years to create. “True Curse” is the first book in this cliffhanger, paranormal suspense thriller.

What’s with the funny name and how do you say it?

The word “DISVNITVS” is based in Latin and is pronounced “di-soo-NEE-tooss.” But the first “oo” is long, like in “tool,” whereas the second is short, like in “book.” The “i” in the first syllable is like in “sit.”

DISVNITVS (Disunitus) means more precisely “disunited” or “separated”, referring to a male person or a thing of masculine grammatical gender. It describes the state of our society today.

In Ancient Rome the letter “U” appeared as a “V.” So one could write it in English as “Disunitus.” Here is a joke from Mel Brookes “History of the World, Part I” (Released in 1981). 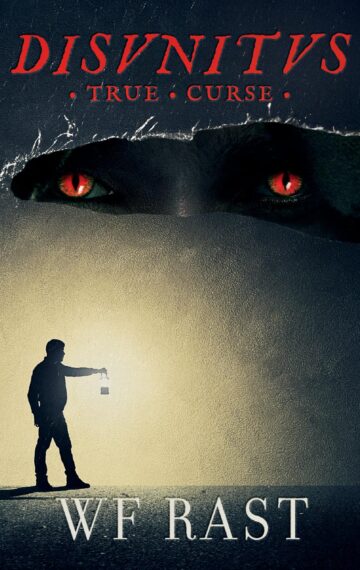 Now in ebook or print!    John Martis wants out…out of pain, out of misery, out of living. Torment from auditory and visual hallucinations, committed by his father to an adolescent psych institution, and life in his car on the Chicago streets were bad enough. His one bright spot, winning a Pulitzer, brought fame and […]